The more diffuse threats that have emerged have led naval forces’ traditional missions – maritime and air dominance, support for land operations – to expand to include coastal surveillance and broader security. The global naval market is expected to grow by around 20% over the medium term (2001- 2008) to around €30billion a year by 2010. However, as needs continue to expand faster than budgets, customers are seeking new ways to optimise their spending.

In response to the changing naval market, Thales is providing solutions based on standardised architectures, international cooperation and constructive synergies between leading industrial players. In addition, Thales is developing networking technologies to improve information sharing, now recognised as a decisive advantage in modern-day combat. Its ability to act as a systems architect for Network Enabled Capability solutions for naval forces – an essential requirement at a time when joint operations are gaining importance for naval forces around the world – also enables Thales to unlock synergies between industries in different countries.

As a key player in the naval industry, Thales has nurtured numerous strategic partnerships with naval players. This has led to the Group playing a frontline role in major current and future programmes: UK’s CVF and France’s PA2 aircraft carriers, FREMM, Sawari I & II, as well as P75 in India. Thales has developed numerous partnerships with local partners around the world: these enable the Group to offer procurement agencies the benefits of its international experience in naval prime contracting, systems integration and equipment, while meeting their specific national requirements. One such example is Thales securing a role as key partner in the CVF future aircraft carrier programme. Elsewhere, through its joint venture with Samsung in South Korea, Thales is one of the Republic of Korea Navy’s key suppliers.

Recent milestones include Thales undertaking projects for the Hellenic Navy, including a contract to modernise six Elli Class frigates. The delivery of stealth frigates to Saudi Arabia under the Sawari II programme has continued on time and on budget, with the handover of the second vessel complete with its Aster anti-air missile system.

In Australia, Thales has delivered the last of a series of Mine Hunter Coastal type mine hunters as well as mine and obstacle avoidance sonars for Anzac-class frigates. The Group continues to make good progress with the large-scale modernisation of the Royal Australian Navy’s FFG7 frigates. In the UK, Thales has also delivered Sea Guardian Swimmer devices to protect Royal Navy bases against underwater threats.

Armaris, the joint-venture with French naval player DCN set up in 2002, has made progress on the Horizon programme to supply anti-air frigates to the French and Italian navies and has won a contract on Norway’s Skjold-type fast patrol boat programme. Through Armaris, Thales has also won a major contract to train Malaysian submarine crews. Finally, following the competition of the feasibility studies for the Franco-Italian FREMM programme, Armaris and Italian partner Orizzonte Sistemi Navali expect the design and construction contracts for 27 multi-role FREMM frigates to be announced soon… 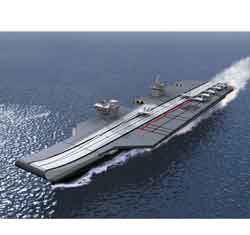 With acknowledgement to Thales.

* Every foreign customer mentioned - except the Taiwan Navy and the South African Navy - not so proud of these ones, eh?

Or is the partnership with Messrs Shaikh and Zuma not so key?

Or is the recent milestone of having the bribery and corruption charges against Thales subsidiary Thint (Pty) Ltd not so newsworthy?

Also not mentioned is the 1993 La Fayette sale to Taiwan where the Taiwanese Government has recently won a court order to force the return of the US$600 million of bribery money paid to secure this contract.