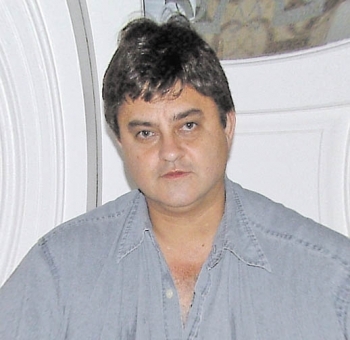 When Richard Young finally writes his book about South Africa's arms deal, he wants all the pieces of the puzzle to be in place.

"My three-dimensional chess game will, hopefully, find its end game in about five years time," says Young, when, once again, we meet in his suite of offices in Kenilworth, Cape Town. "My story will be the real story."

More than a year has passed since the 49-year-old ex-KwaZulu-Natal businessman received a relatively meagre R15 million payout, following his marathon legal battle against the Minister of Defence, Armscor and others. Part of the settlement is that the parties respect the good names and dignity of the other parties.

These days he lives with his fiancée and his dogs on a beautiful farm alongside a river in the southern Cape, returning to Cape Town every six weeks or so. Young's company still makes specialised data communications products and, ironically, 99% of his products ­ the same ones he developed for the South African Navy, but which were rejected ­ end up in the U.S. Navy and other U.S. military services.

He might spend more time fishing from his jetty or attending to his two beloved English Pointer dogs, but he has not relented on his virtual press office, an Internet clearing house for information on the arms deal, or his "magenta comments", his commentary on events, which, through the years, have been an invaluable resource for researchers into the alleged manoeuvring associated with the arms deal.

Young emerged as one of the major whistleblowers in the arms deal scandal after his electronic engineering company CCII Systems, which was initially earmarked to provide integrated combat suits for the South African Navy's corvettes, was controversially dropped from the process. Young's claims for damages amounted to nearly R300 million, with interest, but, as part of the agreement concluded, he irrevocably withdrew his company's claims as well as two defamation claims.

While unsatisfactory, the resolution of the matter brought an end to years of complex litigation and has enabled Young to get on with his life. But, he is still as fired up as ever to get to the bottom of the arms deal ­ and is recognised internationally as an expert on the matter. He was one of a number of people recently interviewed by BBC Worldwide radio.

Young remains convinced that the arms deal is responsible for tearing the whole fabric of South African normality apart. "It has ripped Parliament apart ... it has played into our political system and it has generated threats of spilt blood on the floors of our court rooms."

A comprehensive book, he believes, will serve to explain the debacle from beginning to end. And he believes he is well equipped to write it. "I feel it is my obligation to the public interest."

He leads me to a neat room next to the boardroom in which we are meeting. Packed with hundreds of well-labelled files, this is the Young archives on the arms deal. It boasts
virtually every press cutting as well as other documents. He also has somebody working on his website www.armsdeal-vpo.co.za .

Young bangs his hands together: "The arms deal is coming back to bite us," he says, "in the country's energy debacle."

Young then embarks on a complicated, yet cohesive, explanation as to how the government entered into a 25-year electricity supply agreement with the company, Rio Tinto Alcan, for the establishment of an aluminium smelter at Coega which is scheduled to be up and running by 2010. That deal, he expains (sic), came about after the government chose a German submarine over all the other contenders because of the German Submarine Consortium's 1 000% countertrade offer, for which they didn't have to provide a guarantee. "Included in those proposals were things like stainless steel plants at Middelburg and at Coega, which have both disappeared.

"The stainless steel plant at Coega didn't materialise and the Department of Trade and Industry [DTI] kept it all under wraps. Then DTI started negotiating with French aluminium company Pechiney and more or less came to an agreement with it to establish an aluminium smelter at Coega. Towards the end of those negotiations, Pechiney was bought out by Aluminium Canada [Alcan], which was then bought by Rio Tinto. In the past two years, the government, DTI and Eskom have finalised the plans and entered into a 25-year electricity supply agreement with Rio Tinto Alcan.

"This enterprise is going to consume 1 355 megawatts of electrical power. This sort of enterprise is the hungriest consumer of energy. What amazes me is that these negotiations were done and the agreements were made and finalised while Eskom and the government knew very well that the country was heading for a power crisis in 2007. It's criminal."

He continues: "We all know that Eskom warned the government we would exceed our baseload capacity by 2007. How is it possible that they could be switching on another 1 355 megawatts of energy usage in three years? I think there is a huge amount of lying and smoke and mirrors. But then, we must remember, they lied to us about why we were having power outages in January.

"Alec Erwin [Public Enterprises Minister] told the country we had been outsmarted by our own success. Actually, what happened is that the government changed its coal-buying to favour BEE companies. That's what caused the major power outages. Rocks and things in the poor quality coal were causing stations to go down and lack of technical capacity meant they stayed down for far longer than is normal.

Young's exchanges are peppered with words like "unbelievable" and "it sickens me". "How was it possible for Eskom, the National Energy Regulator and the government to sign a 25-year contract to supply power they haven't got for 12 cents per kilowatt hour when it costs Eskom 16 cents to produce it? We are subsidising that. Now Eskom has to build a new power station so that it can supply Rio Tinto Alcan.

"This, I believe, is a direct repurcussion (sic) of the arms deal.

Young believes that Erwin has a lot to answer for in terms of clinching the deal. "There has been so much secrecy around the arms deal National Industrial Participation (NIP). We
need to know what the true state of play is. Why do we not have a full audit of what the arms deal NIP has achieved?"

Why does Young carry on with his research into all that is wrong in South Africa?

"I carry on because we haven't seen the end game yet and I want to see it," he says. "I am not great at chess, but for me, this is a multi-dimensional investigative and counter-investigative chess game. I ­ and a number of other people ­ am putting the pieces together.'

With acknowledgements to Sue Segar and The Witness.