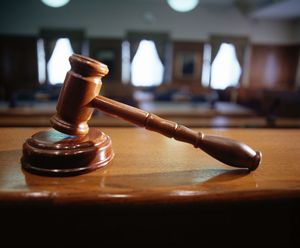 The proposed commission of inquiry into the arms deal should be able to subpoena overseas companies that benefited from the multibillion-rand transaction.

This is according to Themba Godi, the chairman of parliament's standing committee on public accounts, Scopa, which recently forced the Hawks to re-open the arms-deal probe.

The commission "should have powers to subpoena anyone it sees fit", Godi said.

"It should be able to also engage role players from outside the country, because if people indeed got bribes they certainly got them from outside companies. Otherwise we would have a half-baked story. Unless this issue is dealt with, it will continue to cast a dark shadow on our political landscape," said Godi.

Arms-deal whistle-blower Patricia de Lille said the Hawks should hand over any evidence it had to the commission.

De Lille, one of the first politicians to allege that the deal was corrupt, said the elite crime-busting unit had to pass on any information because the Hawks had "hopelessly failed" to probe the arms deal properly.

This information "would include evidence gathered from Germany, the United Kingdom and the joint investigative task team that investigated the arms deal procurement process", said De Lille.

The feisty politician has also suggested that the commission of inquiry, whose terms of reference have yet to be announced, should be able to lay criminal charges against those found to have broken the law or taken bribes.

Richard Young, who went to court after his company lost its bid for an arms-deal contract, said the commission should investigate the initial reasons for buying weapons.

"We spent so much money it has practically crippled the navy and the air force. They don't have enough money to operate the equipment."

Young said the investigation should be broadened to probe all irregularities in the procurement process and the serious criminal allegations.

He said the commission should also investigate why the report by the state agencies that initially probed the arms deal was "doctored".

ANC spokesman Keith Khoza said: "The decision to institute this inquiry forms part of the ANC's and government's five priorities to deal with corruption. The opposition should not see this as a victory because the president's decision does not stem from the pressure of the opposition ..."

With acknowledgements to Thabo Mokone and Sunday Times.

Unfortunately, the political opposition to the president and his ruling gang of thieves is very light.

Then we have civil society opposition in the likes of Terry Crawford-Browne, who has proved himself to be a particular heavy gorilla indeed.

Then we have me who likes to think that he has proved himself to be a particular irritating guerilla in the Arms Deal.

Moynot with his gabbas Zuma and Alain Thetard have so far avoided Westvillle Penitentiary by the proverbial, as has Chippy Shaik Shaik.

Jonny Kamerman the Large Mouthed assenine purveyor of the Kamerman Klas Korvetten has scuttled off to Singapore as Vice-President of International Sales for the very company that bribed Zooma and his gang of thieves to an amount of some R600 million to win the frigate and submarine deals.