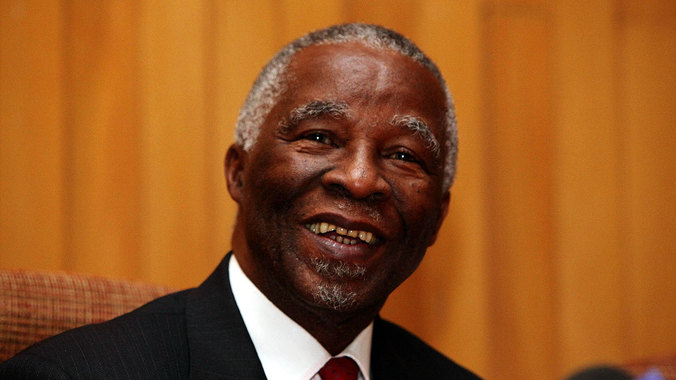 This first phase of the public hearings in August is set to be a scene-setter, which might come as a disappointment to many who expected revelations around the corruption allegations to flow from the outset.

The Mail & Guardian has been informed by sources close to events that the three figures are not expected to be cross-examined on the nature of their involvement in the arms deal this time around.

At the end of February this year, the commission announced that its hearings, due to start on March 4, would be delayed by six months because of the mountain of evidence before it.

The commission first subpoenaed and requested many of the whistleblowers to take to the stand at the public hearings. Then it suddenly did an about-turn, and announced it would change the list of witnesses it would call. The long-awaited list, released on Monday afternoon, includes government officials from treasury, the department of trade and industry, and the department of defence and military veterans.

This time around, many of the government officials will take to the stand to explain the "rationale" behind the strategic defence procurement package, said commission spokesperson William Baloyi.

'Witnesses may be recalled'

Baloyi said the first phase will deal with the arms purchases, whether the arms and equipment were under-utilised or not utilised, and what the offsets there had been.

"Some of the witnesses may be recalled at a later stage when the commission deals with the terms of reference relating to the allegations of impropriety, fraud and corruption in the acquisition process, a phase in 'whistleblowers' and those who are implicated will feature," he said.

The commission has been hit by controversy since President Jacob Zuma set it up in 2011, after his hand was forced by litigation from arms deal activist Terry Crawford-Browne.

The commission was dealt a heavy blow when former senior investigator Mokgale Moabi resigned in January this year, claiming that its chairperson, Judge Willie Seriti, had a second agenda.

Some of the witnesses, including Crawford-Browne, have become disillusioned along the way as the commission has claimed that no ANC members had been implicated in the arms deal scandal.

In response to allegations that no ANC members will be interrogated by the commission, Baloyi has in the past claimed that no evidence against ANC members had come to light.

Some of the whistleblower witnesses have had to cancel flights and legal representatives, but their biggest complaint has been they have not been kept appraised by the commission about what is happening.

Richard Young, whose company CCII Systems lost a tender relating to the navy's new corvettes, said he had been told he would now no longer be expected to appear as a witness at the public hearings until the first quarter of next year, although the commission was originally due to wrap up in November this year.

The public hearings will now begin in Pretoria on August 5.

Like the Baqwa Commission of Misconduct, the scene is being set up where the playmakers give their evidence in the most gentlest of fashions without independent cross--examination.

In the Baqwa Commission of Misconduct the only whilstleblowing witness, being me, to take the stand, was only called up some two months after the scene setting witnesses had completed their evidence.

Then just a day and a bit before completing my evidence I was advised that I would have two rebuttal witness, Vice Admiral Robert Simpson-Anderson and Rear Admiral (JG) Jonny Kamerman. Baqwa only allocated a total of one and a half days of evidence by them and no time at all for cross-examination of Kamerman nor preparation by us.

Trying to cross-examine Simpson-Anderson was like trying to box with one hand tied behind one's back, actually both hands, as Baqwa would not allow cross-examination on anything that Simpson-Anderson had testified about in his first round a couple of months previously.

Nevertheless we got in one giant head butt against Simpson-Anderson in the few minutes of jousting that we did get, whereby we proved that he perjured himself about his boss Chippy Shaik's averred recusal in the all critical deliberations of the Naval Project Control Board concerning the corvette combat suite.

But of course, Baqwa never saw it fit to record this perjury in his report not the JIT Report.

Simpson-Anderson got away scot-free that time.

It had always been advised to us that Kamerman would return to his temporary post in Germany on the Saturday and, just like we predicted and \put on record on the Thursday morning, he would give evidence until late Friday afternoon.

So neither did Baqwa allow any time for our preparation of cross-examining him after he had given his evidence, there was not even time to do such cross-examination.

In any case, when arriving at the commission on the Monday morning, there had been no prior advisement of rebuttal witnesses. My counsel Owen Rogers was not even available for my first day of evidence and had other engagements in Cape Town on both the Thursday and the Friday. Later the Thursday one was cancelled. So if by some magic of Baqwan time-warping there had been an opportunity to cross-examine Kamerman on that Friday, I would have had to do it myself and without any preparation. Although I did have both a junior counsel and attorney there, they did not have the background to do it.

So we had to leave the commission on the Thursday lunch time for Owen to get back to Cape Town and me to lick my wounds in private and read the transcripts of Simpson-Anderson's and Kamerman's evidence later.

Owen put this on the record. It's still there.

The response of Baqwa, now Baqwa J, was to tell the thickly assembled press on the Friday afternoon that I had been a coward in not electing to cross--examine Kamerman and that this clearly reflected negatively against my own evidence.

Kamerman got away scot-free that time.

But have I got some gigantic surprises coming up for some of these jintelmen a baker's dozen of years later?