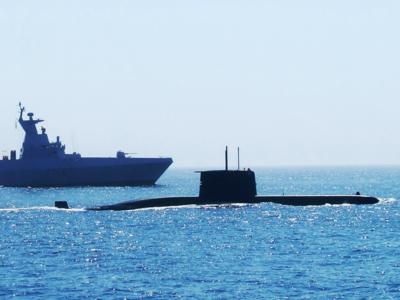 The commission of inquiry appointed by South Africa to investigate allegations of fraud, corruption and irregularity in the arms deal has dismissed the perception that it is protecting certain individuals in the current government.

Commission of Inquiry chairman Judge Willie Seriti of the Supreme Court of Appeal refuted perceptions that the Pretoria-based Commission is dragging its feet and conducting its work “in a manner calculated to prevent disclosure of wrongdoing to protect certain individuals in the current government”.

Last week the Mail & Guardian reported that Seriti approved tapping phone conversations that led to arms deal corruption charges against President Jacob Zuma being dropped. Commission spokesman William Baloyi told the Mail & Guardian that Seriti could not recall whether he had signed the forms allowing the National Prosecuting Authority (NPA) to tap conversations between its own head, Bulelani Ngcuka, and Scorpions head Leonard McCarthy.

Mokotedi Mpshe, Acting National Director of Public Prosecutions, dropped corruption charges against Zuma in April 2009, citing the tapped phone conversations. Concerns were raised over a possible conflict of interest arising from Seriti’s involvement in the phone tapping and his position as commission chair.

“The allegations have no factual basis but we have to respond in order to dispel these perceptions,” said Baloyi, who dismissed other allegations relating to the commission. “The submission made by Terry Crawford-Browne [a long time and vociferous opponent of the arms acquisition process] is being peddled as containing sufficient evidence regarding one term of reference, the offsets. It is also suggested his submission contains conclusive evidence that a successful bidder paid bribes to be awarded a contract. Another suggestion is that there is no need for the Commission to conduct any further investigation and it should go ahead and recommend cancellation of the contracts. This is a simplistic and disingenuous view of the Commission’s mandate and can only mislead.”

The Commission was established by Presidential decree last September and given two years to finish its work. It has been charged with seeking out the possibility of fraud, corruption or bribery in the course of the SA National Defence Force’s acquisition of new aircraft, ships and submarines.

The South African government announced in 1998 that it would buy frigates, submarines, light utility helicopters, lead-in fighter trainers and fighter jets to upgrade the SA Air Force and SA Navy. Preferred bidders were announced the same year with deals signed in December 1999 following negotiations with European and Scandinavian suppliers.

Commission members have visited a number of foreign countries to date as part of their investigation. This has been done in terms of a specified work programme that will see public hearings start in the first quarter of next year.

“The Commission is now in its second phase analysing the massive amount of documentation received from various bodies, including agencies that previously conducted investigations into the subject of Judge Seriti’s Commission. It is sensitive in that interaction with foreign agencies which also conducted investigations into aspects of the procurement package is currently underway.

“At the same time other investigations are underway internally. Drawing up of witness lists to be called to public hearings is also being done.”

The first round of public hearings will be in Pretoria and Baloyi downplayed any possibility of the Commission travelling abroad for further public hearings.

“We have to be cost conscious and it is cheaper to fly people to South Africa to appear than for the Commission with its support personnel and equipment to move out of the country,” he said.

With acknowledgement to Kim Helfrich and defenceWeb.

It will be simplistic and disingenuous if the Commission’s report is not made public.

I wonder whether the second round of public hearings will be in Cape Town?

One can but wonder who is on these witness lists to be called to public hearings?

At least the Commission has confirmed that it has a massive amount of documentation. So each witness should be afforded adequate discovery of those angles relevant to them.

My jowls should be a slither like those of Pavlov's dogs before a feeding session, but they are bone dry.

What happened to Pavlov's dogs?

At least some of them.

I decided this time to open up the field questions slightly wider than the Arms Deal because no-one seems capable of answering those questions.

Hint: the answer still involves the inclination of man to annihilate his fellows.