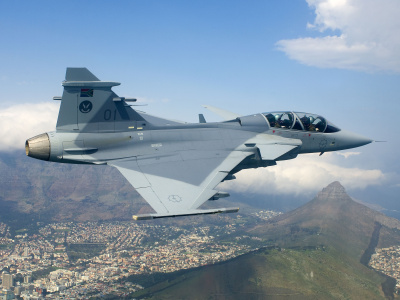 The South African Air Force did not meet the required number of flight hours during 2011/2012, according to the annual Department of Defence report, flying around 4 000 fewer hours than required.

Helicopter flying hours were underachieved, with just 10 333 hours flown out of the required 12 500, mainly due to the low availability of the AgustaWestland A109 Light Utility Helicopter due to a lack of funding. In addition, the low availability of the Denel Oryx and Rooivalk fleets and aircrew also contributed to the ‘deviation’, the Department of Defence (DoD) said in its Annual Report for the period 1 April 2011 to 31 March 2012.

Similarly, the number of transport and maritime surveillance flight hours were not met, due to low aircraft availability as a result of ‘maintenance events’. Technical failures (awaiting spares) and scheduled maintenance also contributed to the Air Force not achieving its target of 14 210 flight hours for transport and maritime surveillance aircraft. Only 11 539 hours were flown by these types during the period under review.

Only the fighter fleet met its required number of flight hours – in fact, it grossly overachieved the required 250 hours, flying 857 in total. This was mainly due to additional funding being received from the DAFA *1 (Directorate Air Force Acquisition) budget for Operational Test and Evaluation flying hours. This most likely involved extra flying relating to the testing of the A-Darter infrared-guided air-to-air missile.

The DoD's April 2010 - March 2013 strategic plan cut Gripen flying hours from 550 hours in 2010 to just 250 in 2011 and 2012. In comparison, the North Atlantic Treaty Organisation (NATO) requires fighter pilots to log at least 20 flight hours per month (240 flight hours per year per fighter pilot) to remain qualified. It remains to be seen whether Gripen hours will be increased now that all 26 aircraft have been delivered to South Africa.

Other areas where the SAAF exceeded itself was in the number of mission-ready mission controllers available (34 out of 27 required).

The SAAF nearly met its radar systems requirements, with only 9.5 available out of ten required. This was due to “a large number of serviceability issues,” which required “many costly replacements and repairs,” which are still underway.

Only half the targeted number of mission-ready air traffic controllers were available (34 out of 64 targeted), due to the fact that controllers were attending courses and validations, while some were restricted due to medical reasons.

Former Chief of the South African Air Force, Lieutenant General Carlo Gagiano, who retired on September 28, said that a lack of funding was the biggest challenge the Air Force faced. This was echoed by his successor Lieutenant General “Zakes” Fabian Zimpande Msimang.

“The threat of an ever shrinking air force budget, poses a fundamental challenge to keep our airpower competencies relevant,” Msimang said, but added that he hoped the current Defence Review would assist the defence force with regard to financial matters. “It is my belief that the Defence Review will place the defence force in a better position for us to be able to carry out our mandate as required by the Constitution of the Republic together with the resources required.”

Another big challenge pointed out by Gagiano was the loss of highly trained personnel who leave for the more lucrative civil market. However, he was confident the SAAF’s shortcomings were not insurmountable. “There’s still a lot of life in the Air Force – we just need a bit of cash to operate aircraft.”

With acknowledgement to Guy Martin and defenceWeb.

*1Nonsense, I live 5 km from the edge of the test range.

When they've got fuel the buggers pull doughnuts in the airspace above my house.

I haven't heard a jet fighter since the Germans were here.

Indeed, genuine, we've heard jets 4 times this year - one at a time.

The extra flying hours was because of AAD 2012 and especially it component air show.

The SAAF just has to give out some avgas otherwise most of the pilots wouldn't even be allowed to flying over a built-up areas with so few current flying under the belt.

And the SAAF can afford it in the bi-annual AAD years because it makes a few extra tens of millions of Rands from AAD and especially its air show days.

But the SAAF probably only has about 6 fast jet pilots these days, so 857/6 = 142 and so maybe we have six half qualified vlamgatte at present.

The most life one sees in the SAAF these days is above AFB Waterkloof or AFB Ysterplaat every second year in AAD years.

Next year is a non-AAD year so they'll each get their six hours of avgas for the year.

This year Nigeria takes over from the RSA as the sub-Saharan economic and military powerhouse.

A direct consequence of a once mighty nation humbled by greed and corruption.