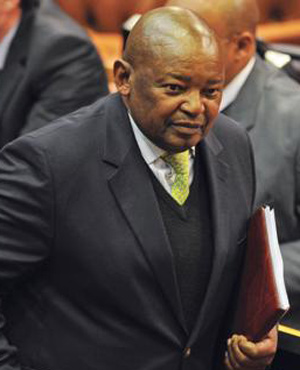 
Cape Town - Cope's call for impeachment proceedings to be started against President Jacob Zuma drew a sharp response from the ruling party in the National Assembly on Tuesday.

Congress of the People leader Mosiuoa Lekota told MPs the president's office had, on Friday, "defied an order, by the Supreme Court of Appeal, to hand over the abbreviated transcripts of the tapes that permitted criminal charges to be dropped or withdrawn against himself".

He was referring to the refusal to release transcripts of the secret recordings which were the basis of the decision to drop corruption, fraud and racketeering charges against Zuma in early 2009.

Lekota said Zuma was bound by his oath of office to obey, respect and uphold the Constitution.

"As his office and his lawyers act daily under his direct authority, the inescapable conclusion is that the president is illegally refusing to be bound by... the Constitution, which binds all persons to obey a judicial order, and there are no exceptions.

"Under the circumstances, Cope requests the Speaker that impeachment procedures against the president be instituted for defying a lawful judicial order. And I ask that all members of the House must support this plea," Lekota said.

"This serious allegation... should be brought by way of a substantive motion, not loose accusations against the president," he said.

Mfeketo replied she would "come back" and look at what Lekota had said.

"Definitely there are other members' statements that we need to read and see if they are... factual," she said.

Rising on a further point of order, Inkatha Freedom Party MP Mario Oriani-Ambrosini called for clarity on the matter, reminding Mfeketo that speaking truth did not necessarily apply to politicians.

"You said... that statements of members of this House must be factually accurate. I know of no precedent in any parliament in the history of mankind in which members of parliament are held up to the standard of truth.

"That is not a standard on which politics operate. If that is your ruling... it is a revolutionary ruling," he said, to laughter from members.

Mfeketo responded: "I didn't give any ruling."

Motshekga then told her the rules of Parliament did not allow for "unsubstantiated allegations and the character assassination of the head of state".

With acknowledgement to Sapa and News24.com.

A bit of pots and kettles here, but Terror is actually right.