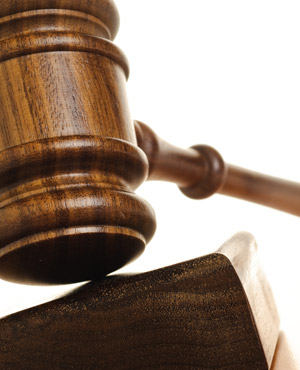 
Johannesburg - President Jacob Zuma has asked the North Gauteng High Court in Pretoria to clarify what records regarding the so-called spy tapes should be released, his attorney said on Friday.

"I think for me, sight is lost of the fact of what the reduced record means *2," Michael Hulley told Sapa.

Following court action by the DA, the Supreme Court of Appeal ordered the NPA to produce a record of the "documents and materials" that informed the decision by then acting prosecutions chief Mokotedi Mpshe to drop charges of racketeering, corruption, fraud and money laundering against Zuma before the 2009 election.

Hulley said their notice was to set out what should be considered the reduced record of decision.

He said Zuma was seeking to block the release of part of the record based on confidentiality, which he was allowed to do under the SCA order.

"What this notice seems to imply is that President Zuma will now dispute the meaning of what the Supreme Court of Appeal ordered the NPA to produce."

He accused Zuma of attempting to delay releasing the transcript of the tapes until after the ANC's national elective conference in Mangaung in December *3.

Hulley defended Zuma's move and accused the DA of artificially generating controversy over the SCA decision.

"The brouhaha that keeps undermining what the court has already ruled on is of no benefit to us or anyone else," he said.

The National Prosecuting Authority has said while the SCA had ordered it to furnish the reduced record to the DA, this was contingent on Zuma's lawyers not objecting on the grounds of confidentiality.

Zuma's lawyers did object, so the NPA could not hand over the record.

The tapes supposedly contain conversations that alluded to impropriety in the course of the investigation into corruption charges against Zuma in the arms deal case.

The conversations were given as the reason why the case against Zuma was tainted, resulting in charges against him and arms company Thint being dropped.

*1This is the thing that needs to be deployed to bring a little legal order to the House of Zuma J., Kemp K.J. and Hulley M.

*2It's simple: everything in the record used by Mokotedi to make his tainted decision, other than Zuma's written representations and the NDPP's direct responses thereto.

The DA also forgot that PAIA and the law provides for severance.

So with this next bite at the cherry it's best to ask for everything, but any truly sensitive content of Zuma's written representations tippexed out.

The transcripts and tape recordings of the intercept fall into the reduced record.

And indict Hulley at the same time for being unlawfully in possession of the tape recordings of the intercept.