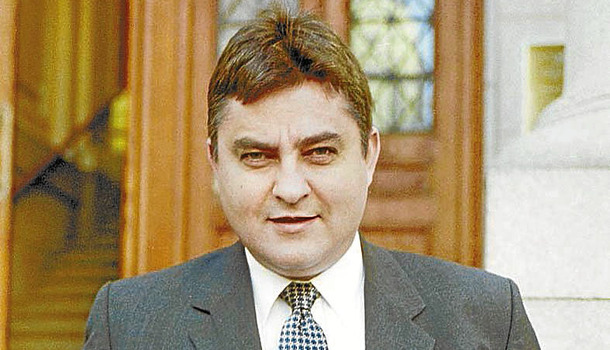 
A defamation case brought against the Friends of Jacob Zuma Trust could have significant legal implications for online news sites if it goes to trial.

He is suing the trust for R1-million over posts on its website between 2006 and 2008 that described him, among other things, as “a crook” and a “darling of the Broederbond”. An August 1 pretrial date has been set in the Western Cape High Court.

The legal wrangle could set a precedent on the legal liability of website publishers for anonymous postings.

The trust’s lawyer, Barnabas Xulu, revealed this week that the manager of the website was Ranjeni Munusamy, controversial former journalist and ex-spokesperson for Higher Education Minister Blade Nzimande.
Munusamy had offered her services to the website on a voluntary basis, Xulu said.

Munusamy confirmed she had been the webmaster of the site, but that since 2008 “it has been closed”.

“The trust has not been in contact me since 2008 and I don’t know anything about this [defamation suit],” she said.

Young owns the South African-based company CCII Systems (C2I2), which lost a bid for the provision of combat suites in the corvettes contract that formed part of the multibillion-rand arms deal.

He alleged that his bid had been fraudulently misrepresented to justify awarding the contract to the French-owned African Defence Systems, in which Shaik held a 10% stake through Nkobi Holdings. After suing the government for damages, he was awarded a R15-million settlement.

Defamed
Following the Shaik trial, Young took court action in 2008, alleging that the Friends of Jacob Zuma Trust, chaired by Black Management Forum founder Don Mkhwanazi, had posted material on its website that defamed him and his company.

The postings, made under pseudonyms such as “Forward”, “Jewboy” and “Independent Observer”, declare that:

This week, Young said that “the cost of the litigation is minor compared with the reputation of my company, which does business in the United States, among other countries. The US is generally suspicious of people operating in the Third World, so it is imperative that I defend my and my company’s credibility.”

He rejected all the allegations against him, saying that freedom of expression did not protect people against “diabolical, gratuitous lying”.

In 2003, the Cape High Court awarded Young damages of R125000 after he sued Yunis Shaik for defamation. Yunis is the brother of Schabir and Chippy, the latter having been the chief of armaments procurement for the defence department during the arms deal.

Sleaze and slander
On e.tv, Yunis Shaik called Young a liar who had embarked on a “campaign of sleaze and slander” to discredit the Shaik family. He apologised in court, but Judge Hennie Nel found that the “freedom of expression does not include the right to falsely attack the integrity of a fellow citizen for selfish reasons or for reasons which having nothing to do with ‘public benefit’” *3.

Media lawyer Greg Palmer said that, if the court found in Young’s favour, it could have wide-ranging implications for news websites.

Palmer said there were no legal precedents on the issue in South Africa. However, if a publisher of online content was found liable for anonymous postings on its website, it could undermine the neutrality of the internet and have a negative impact on freedom of expression *2.

He said a similar matter, between Independent Online and Technology Corporation Manage­ment, was likely to be heard in the South Gauteng High Court in November. This could establish the “innocent dissemination defence”, which “would allow website publishers to distance themselves from comments made anonymously”.

The M&G Centre for Investigative Journalism (amaBhungane) produced this story. All views are ours. See www.amabhungane.co.za for our stories, activities and funding sources.

Jonathan Erasmus and Mail and Guardian.

*1I believe in the freedom of expression.

The expressions have to be true or even just have a semblance of truth or a possibility of being true.

If they are patent, gratuitous and made for a mala fides reason they simply fail the freedom of expression test.

So this one fails the truth test, the public interest test and freedom of expression test.

Software has nothing to do with it and certainly not mine, 50% of the reason being that my software was simply not there and secondly my software is fully safe and fully qualified wherever it may be.


*3This is simple and rank nonsense.

The Internet is there for the greater good and was actually gifted for free by the US DoD DARPA (Defense Advanced Research Projects Agency) to humankind.

It is not to cause gratuitous and anonymous attacks and fellow humans.

The difference is that all bone fide websites are set up and maintained to give equal and balanced content and topics whereas the FOJZ was setup with only one singular purpose - to get its beneficiary and its sponsors benefactor off the criminal hook and damn anyone that came in their way.

Clearly as whistleblower-in-chief (my own promotion) I was a primary target for these anonymous lowlives.

But the persons who take the responsibility are the directors of the judicial person, i.e. the trustees in this case.

This is the crux of this biscuit.

It is now legal precedent and cannot be overturned in the Cape of Good Hope Division without going to the Supreme Court of Appeal and winning.

And then to the Constitutional Court and winning.

But the one post I liked the least that this whistleblower would find himself in prison where he would find many whistle to blow.

Now that is a crime against mankind.