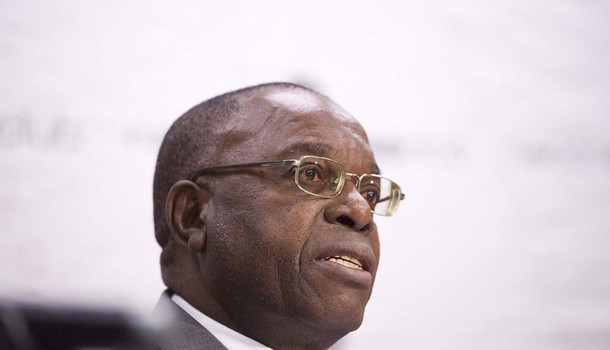 Former senior investigator at the arms deal commission Mokgale Norman Moabi says he doesn't believe the reasons given for the delay of the hearings.

Former senior investigator at the arms procurement commission Mokgale Norman Moabi, whose resignation sparked an outcry after he accused its chairperson Judge Willie Seriti of having a "secret agenda", says he does not believe the reasons for the postponement of its public hearings.

"I don't believe a word of what is offered as reasons for the postponement of the hearings to August 5 2013," he told the Mail & Guardian.

"The exposure of the second agenda has necessitated the commission to rearrange, remanage and reschedule its operations so as to bring some measure of respectability to its image."

The hearings were "deferred" by the commission just days before they were due to commence on March 4. The commission claimed it needed to postpone the hearings after ongoing consultations between its evidence leaders and key witnesses.

In the process of the consultations, the legal team had been referred to an increasing number of documents , which had not yet been seen by them, said the commission.

"The additional documents are only now coming in and are voluminous. There is insufficient time to peruse and analyse these, supplement the commission's bundles, consult with the witnesses in respect of such document  and deal with the issues arising therefrom," it said.

The commission also claimed the witnesses had made suggestions about the source of other documents, and other areas to investigate. Further allegations had been made against individuals and other entities, it said.

Lastly, the commission said panels of forensic auditors had been engaged to probe aspects of its terms of reference and report back, but these reports were not yet available for use during the public hearings.

'Total obsession'
However Moabi believes these are not the real reasons for the postponement of the hearings. "The sad news is that the taxpayer has to continue to bleed in order to fund the commission, which in my mind will not shed light on the corruption that accompanied the arms procurements," he said.

In his resignation letter, which was leaked to the M&G, the lawyer claimed Seriti had a "total obsession" over the control of the flow of information to and from the commission, and that there was a clandestine preparation of documents and briefs handed to evidence leaders.

Moabi said the commission's evidence leaders were present when the date of March 4 was announced as the commencement for the hearings.

"It is a shame that by then they had no idea of what it entailed to be involved in the arms deal commission investigations," he said.

A few of the 11 available witnesses have told the M&G they had already booked air tickets to Pretoria and made arrangments, in some cases to have legal representation. They expressed disquiet that the legal teams who will be used as evidence leaders at the commission had left it until just before the start of the hearings to consult with them.

Among those who were due to appear was Cape businessperson Richard Young, who has previously told the M&G he believes Seriti should resign in the wake of the startling claims made by Moabi of a "second agenda". Young said no witness could ever feel confident following Moabi's revelations.

Moabi has a solid reputation as both a former president of the Law Society in the Northern Provinces and former acting judge of the North Gauteng High Court.

After Seriti rebutted his accusations, an unbowed Moabi challenged Seriti to take a lie-detector test, which he said he would also take if Seriti obliged. Seriti declined by asking Moabi to provide evidence for his claims.