‘From time to time they let me know they are working on it, but the documents never materialise. And since the majority of them would have to be individually declassified, it seems highly unlikely they will be provided in time for me to use them’

SOUTH Africa’s controversial Strategic Defence Packages have thrown up some spectacular numbers, but few as remarkable as those required by Judge Willie Seriti of arms deal critic Richard Young before Young would be in a position to cross-examine Armscor witness Frits Nortje. 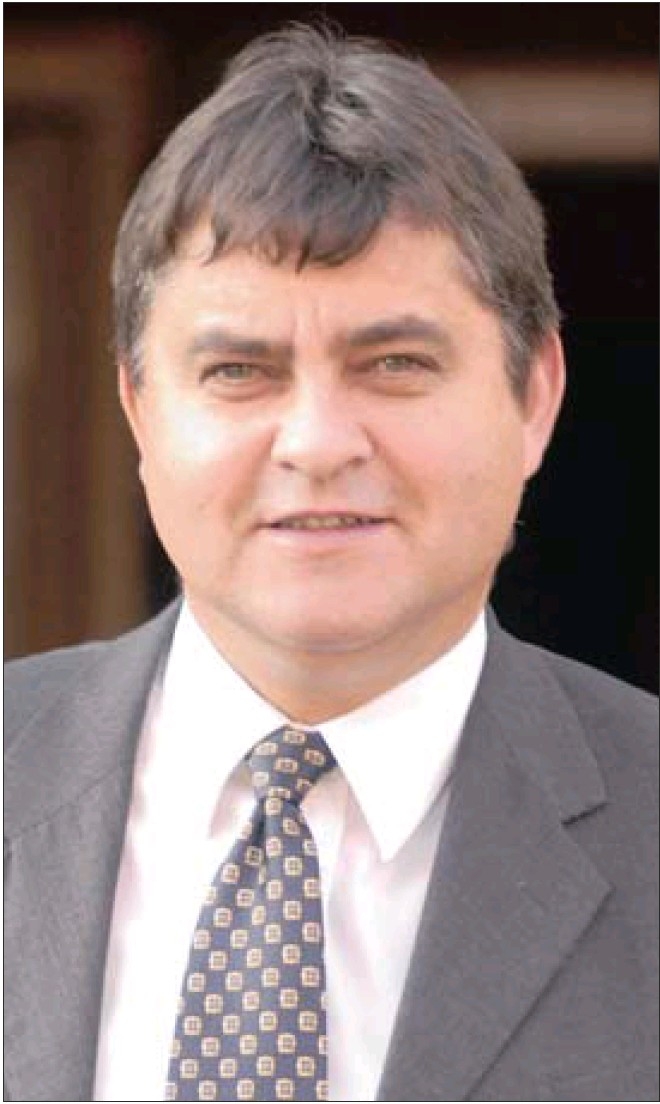 To comply with directives issued by Judge Seriti, the chairman of the Arms Procurement Commission (APC), Young would have to ensure that about 8 000 documents, running to tens of thousands of pages, were electronically scanned and made available to Armscor and Department of Defence lawyers before he could crossexamine.

According to commission rules, all documents in the possession of the party wishing to cross-examine must be made available – or discovered – to the legal team representing the party to be questioned ahead of the hearing.

In the usual course of legal procedure, this would mean legal teams would be given sight of scheduled documents, and allowed to make copies (at their own cost).

In Young’s case, there were devils lurking in the detail.

Constrained by commission rules that require the discovery of all relevant documents and not merely those that will be directly referred to in crossexamination, Young had included in his discovery schedule a generic list of four caches of documents, additional to 1 061 documents itemised. These related to a series of Promotion of Access to Information Act applications to the Department of Defence/ Armscor, the office of the attorney-general and the public protector – about 7 000 documents, most not scanned or in electronic format.

DoD’s lawyers expressed interest in these documents, asking for sight of all of them, while cherry-picking only 23 documents from the detailed list.

The commission last month indicated that all relevant documents should be available in electronic form. This was after Young, complying with the Armscor request for the 23 documents referred to above, had photocopied them.

By Young’s calculations, the task of disclosing the four schedules of generic documentswould require him and assistants to work for 33 weeks full time. Judge Seriti, however, wanted the job done in 12 days and accepted Nortje’s lawyers’ assurances that it should not take more than five days.

Nortje, programme manager of the four frigates acquired by the South African Navy, was meant to testify in November, but this was postponed when Young applied to cross-examine him.

Even if Young had delivered his documents in electronic format in time to question Nortje, he would have been cross-examining under severe constraints because tranches of documents which he requested from Armscor and the Department of Defence months ago have yet to be made available, or declassified, before he could use them in questioning.

On February 27, Young said he was in a position where “I cannot properly prepare crossexamination of APC witness Nortje and accordingly withdraw my application to do so”. Subsequent meetings between Young, the commission’s evidence leaders and legal representatives for Armscor and the Department of Defence have softened the requirements.

Young is not the first would-be public interest crossexaminer to be caught in this Catch-22.

By government calculations, the expenditure of about R30 billion (in 1999 currency – now about R70bn) would have been more than redeemed by NIP investments to the value of about R110bn.

However, in the week before Erwin appeared before the commission the Department of Trade and Industry dropped a bombshell in the form of a declassified audit report on arms deal offsets. Confirming the substance of earlier reports – which showed that, despite the offset programme having been certified as being duly and successfully concluded (and the weapons prices therefore payable) in fact only about R6bn had actually flowed into the South African economy – the report sharply highlighted where the problems had arisen.

At stake was a system of “multipliers”, according to which investment credits were awarded against putative benefits to the South African economy, rather than how much the contractors actually stumped up.

In some cases, credits had been awarded at a rate of 70, 80 and even 100 to one – as opposed to the multipliers of two and three usually countenanced by the department.

Though the issue was not canvassed in detail in the audit, indications were given that such fantastical mathematics were employed at the behest of an interdepartmental oversight committee whose members included officials from DTI, the Department of Defence, Armscor and Foreign Affairs. However, the commission’s evidence leaders did not question Erwin about this.

Nor did the lawyers representing Feinstein, Holden and Van Vuuren, who could pose questions only with reference to documents cleared by the commission as evidence. Requests for discovery and declassification of key documents relating to the offsets have been outstanding for more than a year. Bizarrely, this meant the lawyers were not in a position to refer to a key document – the 1999 Affordability Report which had found that the arms deal was not affordable.

Though declassified the previous day, the document had not passed through the commission’s bureaucracy and therefore remained offlimits. This meant that the lawyers had to concede they were not in a position to proceed with crossexamination and Erwin was “excused” without having answered any of the hard questions.

While steering clear of commenting on the commission’s procedure, constitutional law expert Pierre de Vos said the treatment of would-be crossexamining parties had “done little to assert the legitimacy of Judge Seriti’s commission”.

With acknowledgement to Ivor Powell and Sunday Argus.

"From time to time they let me know they are working on it,” Young told Independent Newspapers, “but until two weeks ago none of the documents ever materialised and then it was just a fraction (around 10%). And since the majority of them would have to be individually declassified, it seems highly unlikely they will be provided in time for me to use them.”

Late this week on Thursday afternoon Armscor’s lawyers requested just 74 documents out of the 1 061 that I discovered and produced, making rather a mockery of its demand by means of a formal order two weeks ago for all of them within five days.

But what concerns me most is that the APC's and Armscor's legal representatives colluded behind my back to procure an order with which it is clearly not reasonably capable of being complied and in the face of my extensive efforts to assist the APC over the last two years.

For me this does not bode well for any further participation by me.

In any case, when Nortje was originally going to testify this was only in respect of Points 1 and 2 of the APC's Terms of Reference, Rationale and Utilisation for the APC's Phase 1.

Off course, I want to cross-examine about Impropriety, Fraud and Corruption and it is clear that Nortje is still nowhere near ready for that.

No wonder Nortje now refuses to testify until he has seen my documents.

All at the same time neither Armscor nor the DoD have made any kind of formal discovery despite my formal applications to the APC for them to do so.